Croc: Wiki of the Gobbos
Register
Don't have an account?
Sign In
Advertisement
in: Croc Games, Behind Croc, Outside the Croc Universe

Croc is a series of video games developed and published by several companies from 1997.

Argonaut Games was founded in 1982 by Jeremy Elliot "Jez" San. Over the years, Argonaut was accustom to creating video games, and caught Nintendo's attention when they bypassed the Nintendo startup screen on the Gameboy with the Japan only game "X" released in 1992, to which Nintendo R&D1 published. X was one of the very few attempts at 3D on a Gameboy, and was so impressive at the time that Nintendo decided to allow them to make another 3D game, this time on their home console: the Super Famicom (or Super Nintendo Entertainment System overseas). Starfox was released to acclaim in 1993, with Argonaut developing other first and second party Nintendo games using their patented SuperFX chip.

Argonaut Games pitched "Yoshi Racing" to Nintendo in the mid-1990s, which was the world's first 3D platformer starring Yoshi from the Mario series. Nintendo was interested in the prototype Argonaut had created, but turned it down, eventually created their first 3D game Super Mario 64 in 1996, which Jez San had claimed "Miyamoto-san went on to make Mario 64, which had the look and feel of our Yoshi game - but with the Mario character, of course - and beat Croc to market by around a year."[1]

After Argonaut's pitch was shut down, they began to rework the game into a new independent project. Simon Keating wrote the synopsis of this new game in a scrapbook, and even drew a couple of drawings of characters and things in it too. On June 23rd, 1996, Super Mario 64 was released in Japan to large praise and acclaim, and in other regions within a year. During this time, Croc's game wasn't ready and was still in development.

On September 29th, 1997, over a year after Super Mario 64's release, Croc: Legend of the Gobbos was released to positive reception and acclaim, but was criticised for being a bit generic, and unfortunately even alike to Super Mario 64 in uncommon instances. Argonaut Games received a wonderful deal through Fox Interactive, receiving £5 per copy sold.[2] Argonaut Games received no royalties from Nintendo.

Croc: Legend of the Gobbos was considered to be a good game when it released, and soon amassed lots of fans. Due to reception of the game even before it released, a sequel tentatively called "Croc II" was teased in first issue copies of the game and was planned to arrive by "Christmas 1998." The game sold over 3,560,000 units on the Playstation alone, neglecting the Sega Saturn and Personal Computer releases, a smash hit, and due to the game's popularity, Fox Interactive wished to market Croc merchandise and make Croc a franchise with a television series, toys, and accessories. Croc 2 was released on June 30th, 1999 to high positive reception, Fox Interactive even having a collaboration with Nabisco in the United States to allow the game to be advertised on Gummi Savers packages, and having Gummi Savers as usable items in the games.

Although Croc 2 was released to praise from gamers and critics alike, the game sold much less than the previous game with 730,000 units on the Playstation alone, neglecting the Personal Computer release. The game still sold wonderfully, but presumably not exactly what Fox Interactive had hoped, and scrapped their plans of merchandise and a television series, putting their resources towards other projects and being indifferent towards Croc 3. Fox Interactive had then published handheld version of both Croc games onto the Gameboy Color for the Nintendo market from 2000 through 2001 with success.

In 2005 through 2006, Croc received a small revival through Morpheme when they introduced the Croc Mobile Series. The first game, Croc Mobile: Jungle Rumble sold in the six figures within the first year with virtually no marketing, which came as a surprise to its developers and cemented Croc's success as a platforming mascot into the 2000s. The game received two sequels, one being a pinball spin-off and the other being a direct successor. After 2006, Croc had received no other games nor made any appearances.

Since 2017, fans of Croc and gamers alike have gotten together to spread the hashtag BringBackCroc after the massive success of the Crash Bandicoot N.Sane Trilogy. In the time frame between 2017 and 2020, platformers and other games of Croc's era received a resurgence in popularity with games like Super Mario Odyssey and Rayman Legends: Definitive Edition in 2017, Spyro: Reignited Trilogy in 2018, Kao the Kangaroo Round 2, Crash Team Racing: Nitro-Fueled in 2019 and Crash 4: It's About Time in 2020. In 2019, Tate Multimedia mentioned Kao's revival was due to fans using the hashtag BringKaoBack, and soon revealed a brand new sequel; Kao 4 on June 9th, 2020. After the aforementioned events, fans on Twitter began to increasingly speculate and wish on Croc's return. In a December 2019 interview with Eurogamer, Jez San stated he was aware of the demand for Croc remakes and receives requests for them all the time, and plans on doing it someday, he later directly affirmed this to Croc fans on June 29th, 2020 on Twitter. The want for Croc remakes accelerated on July 15th, 2020 when @pushsquare tweeted about a potential Croc revival. On July 17th, 2020 @Kaothekangaroo tweeted support for a Croc remake and would "welcome Croc back in our 3D platformers family!" A Kickstarter event is likely if the plan ever goes through. For now, keep using the hashtag! 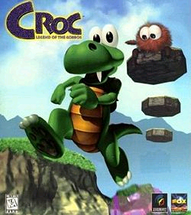 This is the first game in the Croc series. Developed by Argonaut Games PLC and published byFox Interactive in 1997. In Japan, the game was released as: "Croc! Pau Pau Island".

The story told the tale of Croc, an orphan crocodile getting adopted by a group of furry creatures known as gobbos, and how he defeats the evil Baron Dante and his Dantinis that threaten to wreak havoc on his world.

The game was originally a 3D racing game starring Yoshi from the Mario series. The prototype was later rejected by Nintendo, but soon is believed to have influenced Super Mario 64.

The sequel to the above game finds Croc receiving a message in a bottle, from two crocodiles looking for their son. The Gobbos decide to help Croc and catapult him to the Mainland. Unfortunately, the Dantinis plan to resurrect Baron Dante, and the only Gobbo to see this, Professor Gobbo, was kidnapped by the Dantinis. It is up to Croc to save the Professor and also find his parents. 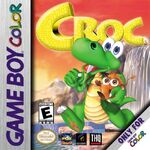 Croc is an alternative telling of Croc: Legend of the Gobbos. It was developed by Fox Interactive and published by THQ In 2000.

The game is a side-scrolling platformer which Croc collects letters and has to reach the end of the stage, until he faces Baron Dante.

Croc 2 for the Gameboy color is an alternative telling of Croc 2, similar to its predecessor. It was developed by Natsume, published by THQ, and released in 2001. The game plays from a top down perspective and involves platforming, puzzle solving, and action adventure.

A 2-page proposal was made for Croc 3, which would have seen Croc training other crocodiles for their own adventures. It was sadly never picked up.

Croc Mobile: Jungle Rumble! is a Croc game developed by Morpheme, and was the first Croc Mobile game to be released. The game is an isometric platformer with a simple story of Baron Dante returning and Croc having to save the day. It was released in October 2005.

Croc Mobile: Pinball is a pinball game developed by Morpheme, and was the second Croc Mobile game to be released. It is a simple pinball game with a few features and starring Croc characters on the board. 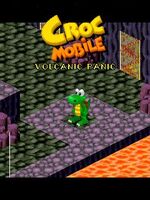 Croc Mobile: Volcanic Panic! developed by Morpheme, and was the third and final Croc mobile game to be released. It is an isometric platformer of Baron Dante returning and Croc having to save the day. It was first made available in 2006 for mobile phones.

Community content is available under CC-BY-SA unless otherwise noted.
Advertisement