Croc: Legend of the Gobbos

"Croc: Legend of the Gobbos" (Croc! Pau Pau Island in Japan) is the first of the Croc video game series. Developed by Argonaut Games PLC and published by Fox Interactive in 1997. It was released for Sony PlayStation, Sega Saturn, and PC. A Gameboy Color version called Croc was released in June 2000. It was followed by Croc 2 in 1999.

On an island inhabited by small furry creatures called Gobbos, King Rufus , their leader, discovers a small black basket abandoned in a lake containing a small, screaming baby crocodile. King Rufus, along with all of the other Gobbos on Volcano Island, raise the crocodile in the ways of the Gobbos. Croc is a vegetarian who eats mostly peas. After some time on the island, Croc and the Gobbos have established a close relationship until one day the evil Baron Dante shows up, along with his minion Dantinis. They kidnapp several Gobbo creatures including King Rufus after he straps a backpack to Croc's back and has Beany Bird take Croc to safety. Croc is then determined to rescue the Gobbos and King Rufus from the evil clutches of Baron Dante.

For a walkthrough of the game, please see the article. There are four accessible islands and one secret island in the game which can only be unlocked by collecting eight Jigsaw Pieces in the game:

Note that the secret Crystal/Secret Island can only be accessed when the player collects all eight Jigsaw Pieces from the eight secret levels in the game.

Once Croc has finished three normal levels and the corresponding Guardian level, a secret level will be be revealed providing he has collected all six Gobbos in each set of three levels. These levels contain normal crystals and Hearts, but not Gobbos. Instead of swiping the Beany Bird Gong to end the level, Croc must find the Jigsaw Piece at the end to finish the level.

After both Guardians of an island are defeated, the next island unlocks and Croc must continue through the levels until reaching the eighth Guardian level, Baron Dante's Funky Inferno in which he must defeat Baron Dante on the Castle Island. If all Gobbos, Jigsaw Pieces, and secret levels are complete, Croc assembles all the pieces to create a new secret island known as the Crystal Island. This island contains only five levels, considerably more difficult than previous levels without Gobbos or Crystal Doors, and each level's theme seems to come from each main island. In the final level Secret Sentinel, Croc must defeat the Secret Sentinel, a ghost version of Baron Dante. Croc must defeat this Guardian to fully complete the game, 100%.

You can use the directional buttons or the analog stick if ANALOG is turned on:

D-Pad: This controls Croc's movement, or selects options on a menu screen.

START: This pauses the game.

X: Jump. Press twice to stomp and double-tap and hold to stomp rapidly.

Triangle: Control the camera while using the directional buttons.

L2 and R2: Control the camera from a higher or lower view.

To push Push Boxes, approach them and push Up on the directional buttons.

While on Monkey Bars, you can use the directional buttons to move and X to let go.

Pressing X will make Croc swim in breaststroke. Holding it will let him swim in 'croccy-style'.

Use the directional buttons to control his direction.

Press Circle to do a 180 degree flip underwater.

Press L1 and R1 to paddle left and right.

Items are pickups which Croc may collect to help him in the game. See Items in Croc: Legend of the Gobbos for full list of items.

Platforms are small pieces of land made of stone which allow Croc to land on usually to avoid Pits and deadly terrain (e.g. Lava & Mud) or to reach other places. There are many types of platforms in the game, including crumbling platforms, moving platforms and even ones which transport Croc to secret Bonus Areas, usually when some circumstances have been met. See Platforms for more details.

Often you will come across a Red Switch/Button in a level. Jumping on one may make a platform move, or appear, or do another action. Some may also reset themselves after a set time. A Red Button is considered to perform an action and disappear, whereas a Red Switch does not disappear and will carry out an action and reset after a time.

These allow you to swing hand over hand across dangerous parts of a level (such as Lava Pits, Bottomless Pits or Icy Water). You can swing below them, or if you can jump high enough, run along the top. In some levels, there are Stomping Dantinis which will attempt to knock Croc of Monkey Bars when he uses them by stomping on the top, and Croc may fall to his impending doom if he is underneath the Dantini when it stomps.

Although you can’t climb up most walls, certain areas have Climbable Walls. Look for ridges and notches on walls to see if you can climb up. These are used so Croc can reach higher places which are otherwise unreachable.

Hit the Beany Gong that is found at the end of the level, either before or in the Crystal Door area, and Beany the Bird will swoop down and whisk you off to the next level of your choosing. They are also used in the level Secret Sentinel, the very last level of the game in which Croc must tail attack all four Beany Gongs after the other to defeat the Secret Sentinel.

This type of door is found at the end of every normal level and can only be unlocked by collecting all five Coloured Crystals from the level. The area within this door always contains the sixth and final Gobbo and usually requires Croc to complete a special challenge in order to get it.

These Sparking Stars are found in a select few levels which when touched will transport Croc to a secret Bonus Area containing lives and other useful items. They are also found by carrying out a certain action or landing on a special platform.

Just like any other platformer game, Croc will come across many enemies which will attempt to stop Croc in his adventure. Some can be defeated for short time before respawning, others may be immortal and some can be killed for good within the level, such as the Spike Dantini in Smash and See. See the article for a full list.

Croc will have to face eight Guardians including the main antagonist, Baron Dante, and a ninth Guardian on the secret Crystal Island. Most of these Guardians were previously harmless creatures before Baron Dante used his magic to transform them. After defeating the Guardian, they usually transform into the creature they were before. There are two on each island and one on the secret island. Each Guardian appears on their own level and are usually killed by attacking them when they are at their weakest point three times. Baron Dante is the only Guardian in which Croc must 'defeat' three times, each time Croc must use a different technique to attack. The Secret Sentinel is the only Guardian in which Croc does not and cannot attack physically.The list of Guardian and their levels found in are below:

Dantinis are the most common enemies in the game and respawn when attacked. They are in league with the main antagonist of the game, Baron Dante, and are scattered throughout the game in order to stop Croc from completing his mission. They all come with different abilities, including casting fireballs, flying, throwing snowballs, running, swimming, and even one that steals Gobbos! See Dantinis page for more information.

Worm in a Well

These types of Worms are found in many Wells in the game and are immortal. They will pop up from a Well when Croc gets to close to the well, and will then try to attack Croc with its head. The Worm never leaves the Well and the only Well containing this type of Worm in which Croc may jump into a cave is on the first level, And So The Adventure Begins. Other Wells of this type will contain a Jelly in which prevents Croc from going further into the Well. In the level The Curvy Caverns, there is a secret Heart hidden by the Jelly in one of these Wells.

This Worm will burrow underground and will pop out for a brief moment before retreating underground again. These Worms are immortal to tail attacks, but can be stomped on while above ground.

These Interactive Elements will hurt Croc in a level, but are not considered enemies. See the article for the full list.

Croc: Legend of the Gobbos received mixed to positive reviews upon release. Aggregating review website GameRankings gave the PlayStation version 79.14% the Sega Saturn version 76.67%, the PC version 60.50% and the Game Boy Color version 54.00%. Praise went to the game's graphics, unique gameplay and music whilst criticisms went to the game's camera angles and repetition.

Croc: Legend of the Gobbos was a bestseller in the UK for 2 months. It was Argonaut Games' best-selling title with over 3,560,000 units selling on the PlayStation alone.[1]

However, Gamespot gave the game a score of 5.8, labelled: 'Mediocre'. They cited that it was "a handsomely sized game" but "just didn't live up to its potential".

See the Cheats, Hints and Tips article for full details. 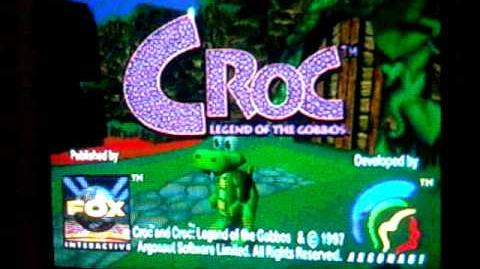 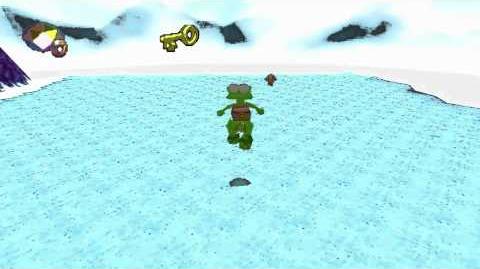 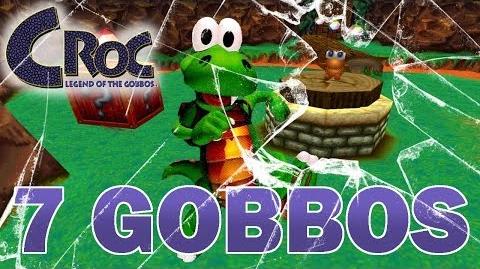 The demo can still be downloaded here.

Yippee! An image gallery for Croc: Legend of the Gobbos is available. Click here to access it.


Cite error: <ref> tags exist, but no <references/> tag was found
Retrieved from "https://croc.fandom.com/wiki/Croc:_Legend_of_the_Gobbos?oldid=19077"
Community content is available under CC-BY-SA unless otherwise noted.